How Is Fibromyalgia Treated?

Dr. Gates: So today we have the question how is fibromyalgia treated and we’re gonna give you kind of both sides of the coin so to speak in terms of alternative treatments and mainstream medical treatments. So for most of you watching this video I’m sure that you’ve probably been through some mainstream medical treatments for fibromyalgia or perhaps you’ve seen a rheumatologist, received a diagnosis of fibromyalgia. Perhaps you’ve been on different medications for your pain. Maybe they’ve been effective. Maybe they haven’t.

We see a lot of patients who have not done well with the medications and the fact of the matter is, and this is coming from rheumatology sources and peer reviewed journals. The new data is showing that exercise is really the most effective therapy for fibromyalgia, more effective than the pain medications that many of you have been prescribed, and that is why many rheumatologists actually don’t want to treat fibromyalgia patients.

You can just google that term, “rheumatologists don’t wanna treat fibro patients” and you’ll really be able to see some of the articles that we’ve referenced in other videos on that matter. And that leaves a lot of fibromyalgia patients feeling dejected, because many of you have small fiber neuropathy which is where your pain nerves start to die and degenerate. You may not even know it, but the new research is showing that upwards of half of you have that occurring in your body and that can make it difficult to walk.

Dr. Rutherford: Yeah. Mostly that occurs in your feet.

Dr. Rutherford: It’s kind of hard to exercise if you can’t walk.

Dr. Gates: If you have debilitating foot pain and pain all of your body and you’re significantly fatigued and any time you exert yourself on a good day then that good day is followed by two, three bad days where you are just completely exhausted and in more pain. So these are the stories we hear of fibromyalgia patients. That’s kind of the layout for the mainstream medical treatment and probably what most of you have been told. I’m going to kick you over to Dr. Rutherford for our simple solution for fibromyalgia patients.

Dr. Rutherford: Oh, my goodness. I thought you were going to give me a little bit more background than that. So I do all the intakes that come in here. I do all the intakes, I work with doing some of the exams and things of that nature, half of the exams. And fibromyalgia patients, they have a lot of moving parts, but the main parts seem to be there’s an autoimmunity involved. Usually seems to be there’s some sort of a, literally like a post-traumatic stress syndrome and while we’ve talked in many of our previous presentations on how a substantial portion of fibromyalgia patients have either been physically or verbally or sexually abused or they had alcoholic parents or they had some trauma that was really overwhelming. Maybe they came back from the Gulf War or something along those lines.

In the end what we find is, you have to work with the stress hormones preferably without any drugs ultimately, at least in the end to get that person off the medications but if you’re …if you’re having anxiety and panic attacks that you didn’t have before and if you can’t fall asleep. You wake up in the middle of the night, you can’t go back to sleep, these things are all signs that you have these stress mechanisms. If you have those, those have to be calmed down because the stress hormones themselves are causing part of the pain in your nerve fiber. Well, they’re causing the pain in your nerve fibers. That is causing you to be sensitive.

Dr. Gates: What’s left could be your mitochondria, what’s left could be still adrenal gland pathology. You may still have some components to your thyroid that are not correct. Maybe you need a thyroid medication, maybe you don’t. Maybe you need a thyroid supplement, maybe you don’t. But those are usually kind of the other esoteric factors that are still remaining after you address the main causes.

Dr. Rutherford: That’s our game plan and I think that also gives you a pretty good visual or a pretty good…maybe in your mind a pretty good visual of what fibromyalgia actually is and how many moving pieces there are to it. It’s multiple vicious cycles. And it requires a pretty attentive and pretty organized approach to evaluate which parts of those are present in that particular patient and then in organized fashion as to how to go about them to resolve those issues for that patient. If you have fibromyalgia and you walk into a patient’s, somebody’s office and they tell you they’re going to cure you, I would leave.

Okay? And we get a lot of those patients come here and said, “This person told me they’re going to cure you.” Most of the time you’re going to have an autoimmune problem. I have fibromyalgia. Okay? I’m enormously better but I’m not cured. I will always have to watch myself, always have to watch my exercise levels, always have to watch my food sensitivities, because if I eat something that doesn’t make me feel good because I have a sensitivity to it, it flares up my immune system. That attacks my thyroid and my gut and I get a mini-fibromyalgia flare for maybe a couple of hours or a day or two or something like that.

So you’re never completely cured. I think that’s important that when I treat fibromyalgia, but you can dampen those immune responses by fixing the gut, by dampening the brain, by doing the other things Dr. Gates said and then you can learn to control it and you can do it. I’m doing it. Our patients are doing it. So that’s treatment. That’s how we treat it and our treatments are based on pretty sound, solid, sound.

Basically they’re looking for a drug and there’s not one drug that really works astoundingly well for fibromyalgia patients. There’s some discussion that Lyrica may be effective, but you know what I mean, because as we mentioned exercise is actually the most effective therapy at this point. So look at that research and you’ll get a better idea of what’s wrong with you, what’s causing you not to get better and then from that you can understand how a treatment can be put together to address your specific problems. So, this is Dr. Martin Rutherford, certified functional medicine practitioner, also chiropractor. I’m Dr. Randall Gates, sports certified chiropractic neurologist, also a chiropractor. Thanks for watching.

How Does Fibromyalgia Start? 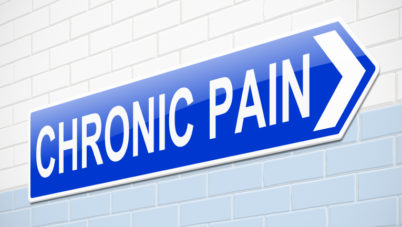 Chronic Pain Conditions – What is Functional Diagnostic Medicine – How Does it Help?

Power Health and Wellness is a place that uses science and available testing information to help address issues the AMA cannot appreciate. Chronic Fatigue, autoimmune disorders, and a host of other health areas that can be intelligently addressed. Food allergies are behind a huge array of problems that typically are addressed at the “symptom” phase, rather than at the source. These folks really help!*

My experience with Power Health to date has been amazing! I suffer daily chronic migraines and was at the end of my rope when I found Power Health. I am still on the front end of my journey to health, but am convinced now that I will be healed. I have been seeing Dr. Rutherford and Dr. Gates for a month now and experienced my best two days in years! The reason these doctors are successful where others fail is that they treat the individual, not the condition. The care they give is very specific …

I am just starting the program. I feel great about the information and treatment I have received so far. I am excited to be able to reach my health goals, Dr. Rutherford and Dr. Gates have explained why I have never been able to reach my goals, which helped my confidence level. After over 40 years of trying unsuccessfully over and over again, I am praying I have found the solution and am finally on the road to recovery.*

Karen B
*Disclaimer: There are no guarantees of specific results and results will vary from person to person.

The doctors provide Integrative Medicine services….their knowledge and expertise in the field far surpassed my expectations. The entire staff is always friendly, courteous and helpful in every way. A pleasure to be a patient at this office.*

Marry W
*Disclaimer: There are no guarantees of specific results and results will vary from person to person.

All of you at Power Health have gone many extra miles to help Kathleen and me. We see the progress and expect to get better.*

Kenneth J
*Disclaimer: There are no guarantees of specific results and results will vary from person to person.

As a retired medical professional, I have been impressed with the thoroughness of my work up. I am eager to commence my treatment plan over the next 4-6 months. My questions are patiently and knowledgeably answered. The staff acts and dresses professionally.*

Sue K
*Disclaimer: There are no guarantees of specific results and results will vary from person to person.

Awesome staff. They helped my wife and me immensely. My headaches gone after the first visit.*

Mark R
*Disclaimer: There are no guarantees of specific results and results will vary from person to person.

I like that I have not had to wait more that a few minutes for my appointment. The staff is always friendly and professional. The doctors take their time making sure I understand what the treatment will be.*

Stephanie J
*Disclaimer: There are no guarantees of specific results and results will vary from person to person.