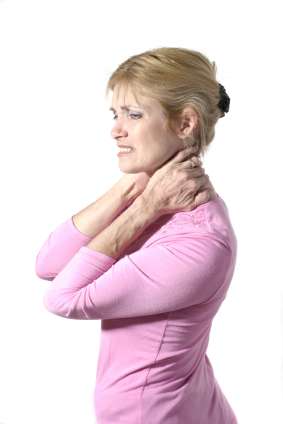 Fibromyalgia and Stress…. “It’s All in Your Head” Part I 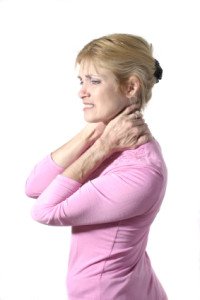 Gina is a busy mother and a single parent who works at night to support her son.  Unfortunately, she has been riddled by severe pain enveloping her entire body for the last 11 years.  Gina has seen several specialists for her pain and they performed diagnostic testing which included MRI’s of her brain and all areas of her spinal cord.  No abnormalities were found, and she was told that she was normal.

Words cannot describe the level of frustration Gina experienced.  Her pain was severe and she knew it was real, yet her doctors repeatedly implied otherwise.  Doubting herself, Gina wondered if the pain was truly “all in her head”.

The simple answer to Gina’s question is yes, the pain is in her head.  However this is not meant to imply that Gina is crazy, histrionic, or embellishing her suffering.  To fully comprehend what is meant by this statement, the reader needs to understand how the master computer of the body, the brain, along with its communication system- the spinal cord- process pain.  For the fibromyalgia sufferer and all of the 120 million chronic pain sufferers in this country, it is important to understand how pain signals arrive at our central nervous system (brain and spinal cord), the purpose of this pain (to let us know something is wrong) and what other factors (stress and biochemical) which can influence it.

When the shin of a soccer player is kicked violently, “pain” receptors in the shin will send signals in nerves that transmit the message to the spinal cord.  The nerves that carry these signals to the spinal cord and the brain are not called pain nerves or pain neurons (neurons being the term for nerve cells), but are instead referred to as nocioceptive fibers and nocioceptive neurons.  The emphasis on the difference in these terms is intentional and important to the fibromyalgia and chronic pain sufferer.  “Nocioception” is a process.  The nocioceptor is a cell that “senses” and can respond to potentially damaging stimuli (burns, inflammation, infection, trauma, etc.) to those cells.  If one of the stimuli stimulates these cells, nerve signals are then sent to the spinal cord and brain.  The process described here is called nocioception and usually- but not always- causes the perception of pain- in the brain.

As many as 70-75% of these signals from the kicked shin will not enter the conscious (awareness) area of the brain but instead terminates in the “subconscious” midbrain.  This is the “older area of the brain” – the non-thinking part of the brain.

But because our soccer player’s shin was kicked so hard, the remaining 25% of the pain signals will reach the conscience area of the brain, so that the brain can interpret that the shin was kicked and enable the brain to perceive and understand this as a painful event.  Thus the 70-75% of the nerve signals first go to the area of the conscious brain called the parietal lobe and because in our example the nocioceptive signals are “overwhelming” the 25% will go to the “subconscious” area called the cingulated gyrus.

For all of the fibromyalgia and chronic pain suffers this is where the proverbial rubber meets the road.  Because the cingulated gyrus is where we experience pain and suffering.  In order for a person to feel “chronic” pain the anterior cingulate gyrus must be activated and perpetually stimulated.

Endorphins shut off pain- as in the endorphins in the long distance runner’s experience of “getting their second wind.  Or as they call it, “the runner’s high”.  And many of you are familiar with morphine and its pain inhibiting properties.  But how many of you knew that our brains naturally make morphine (if it’s not under stress) to shut off the nocioceptive pain mechanism, so that the nocioception never reaches the brain to be realizes as pain.  SO now the saying “it is not pain until it reaches the brain” should make sense.  For the fibromyalgia and other chronic pain sufferers this saying also summarizes why they have chronic pain.  The pain can be in the brain- and usually is. Causes of the destruction of this mechanism and the perpetuation of chronic pain conditions are exhaustive.  In part 2, we will discuss fibro, chronic pain conditions, stress, inflammation, and many more causes of pain experience “all over their body” until then- the pain is in your head-but you’re not crazy!!

Link to the original article… 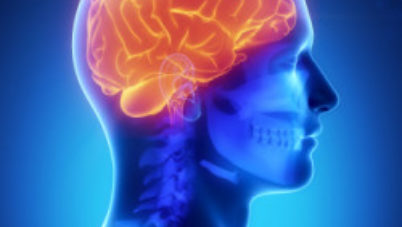 Fibromyalgia and Stress- “It’s all in your Head” Part II

Dr.Gates and staff have made such a difference in my life. They have been great at answering my questions and actually seem to care. They have so much knowledge and are always learning new ways to help their patients. I am truly blessed to be in the proffesional care of Power Health. I have energy for the first time in years and am looking forward to a healthy life that so many doctors told me would never be possible! Thank you Power Health!!!!*

My experience with Power Health to date has been amazing! I suffer daily chronic migraines and was at the end of my rope when I found Power Health. I am still on the front end of my journey to health, but am convinced now that I will be healed. I have been seeing Dr. Rutherford and Dr. Gates for a month now and experienced my best two days in years! The reason these doctors are successful where others fail is that they treat the individual, not the condition. The care they give is very specific … END_OF_DOCUMENT_TOKEN_TO_BE_REPLACED

As always friendly staff and my amazing doc thanks.*

Robert C
*Disclaimer: There are no guarantees of specific results and results will vary from person to person.

I am overjoyed with my fantastic health improvement since beginning treatment February 24, 2012. This included 4 months while I was out of state. I am filled with gratitude for the insight, knowledge,character, and manner of physicianal treatment from Dr. Rutherford and Dr. Gates. I now know what’s been wrong with me for years, and how to manage my symptoms, so that my health and my disposition have greatly improved and how to continue improving my health. I look forward to my appointments becau… END_OF_DOCUMENT_TOKEN_TO_BE_REPLACED

Joyce F.
*Disclaimer: There are no guarantees of specific results and results will vary from person to person.

It is always a positive experience to come to Power Health. I’m greeted with a smile and rarely wait more than 5 minutes to be seen. Every one is helpful and friendly.*

Joyce M
*Disclaimer: There are no guarantees of specific results and results will vary from person to person.

My appt was made without delay. I was seen promptly. Dr Rutherford’s explanation of my diagnosis and potential treatment made sense to me. I did not feel rushed. I am encouraged to think I might be able to improve my condition.*

I had my consultation at Power Health, and am looking forward to my appointment next week. After trying everything under the sun, I was becoming very depressed about my migraines. After talking with Dr. Rutherford, I am hopeful I can finally be cured of my chronic pain. Keep your fingers crossed for me!*

Courtesy, timely, knowledgeable and friendly is the motto of the day for all employees. Doctors are real people and treat everyone with respect. They identify your problem and take care of it. No one has ever made me feel inferior. That respect and courtesy means a great deal to me as I am a senior citizen and don’t always receive that from younger people.*

Elsie J
*Disclaimer: There are no guarantees of specific results and results will vary from person to person.